Do You Want More Home Than You Can Afford?

NOT your average daylight saving reminder

Do You Want More Home Than You Can Afford? 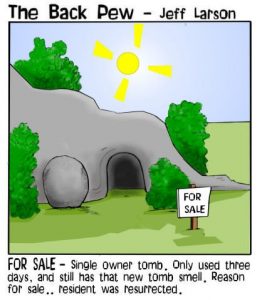 Depending upon your religion, you may or may not actually observe Lent.

Even if you don’t, you’ve probably heard about people “giving something up for Lent”.

It’s pretty common to hear that someone is giving up eating meat or sweets. It could be drinking, smoking, or any number of things.

It’s noteworthy because nobody really likes giving anything up. It’s often referred to as a sacrifice.

And many people who do try and give something up for Lent spend a lot of the time struggling with not being able to have what they gave up…what they want. That’s totally understandable and human.

But, part of what giving something up is supposed to achieve is to help someone realize and appreciate the joy, abundance, and things that they do have in life…not to focus on what they don’t have or gave up.

This is a great perspective to develop in life.

And in real estate…

For instance, a lot of times, when people are looking for a house, they find themselves having to “give something up” that they really want in a home.

Someone who can afford a $250,000 house would often feel that if they could just afford the homes in the $300,000 range, they would be happy and be able to get everything they want.

Yet, the person who can afford the $300,000 house is often disappointed in what they find is available in that range, and wish they could afford the homes in the $350,000 range. This even happens in the highest of price ranges.

People just tend to want what they can’t have, or at least a little bit more than what they can have. And they feel like if they could just have what they want, they’d be happier.

This is also understandable and human.

However, this gets in the way of homebuyers focusing on what is available to them on the market, and what they can afford.

It often gets in the way of truly appreciating a great home when they find one. It can also lead to someone feeling like they sacrificed, or gave up things they wanted.

But there is a lot to be said for simply having the perspective of wanting, and appreciating what you can get and have in life…and real estate.